skip to main | skip to sidebar

Shoot the CEO...and all the founders

Almost a year has past since my last post. Lot's of things happening, Emma has become already a little lady and she'll soon have a little sister. I haven't done a lot of shooting lately but recently I was asked to shoot the portraits of the founders of a start-up company here in Pasadena and I took the occasion to post one of the photos. 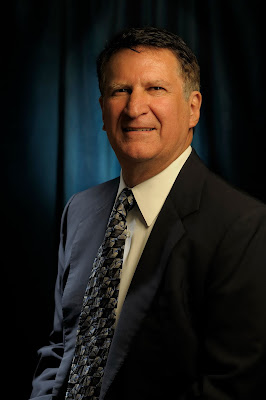 This is Malcolm Cloyd, CEO and founder of ATS, a.k.a. Advanced TeleSensors Inc. I also shot all the other founders and used the same lighting scheme for all. Kind of pleased with the result, even though I wish I had used a hair light too to give him a little more separation from the background. Simple set-up, softbox camera right as key, reflector camera left as small fill, backlight on subject's right shoulder and background light hitting the curtain behind him.

May these photos bring good fortune to ATS and its founders. One day I might be able to say that I was the first one to shoot them before they became famous!

Just a quick post to say that I recently shot an event at the Pasadena Civic Ballet where young and very young dancers enjoyed performing in front of a numerous audience. Some of them were at their first performance, others, like my friend Silvia here in this photo, despite the young age were seniors. All of them were extremely good. 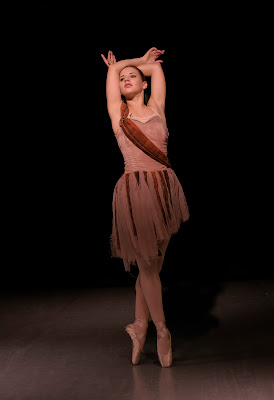 Good luck to all the dancers and keep up the good work, I look forward to enjoying your next performance!

>> See full post and comments
Posted by Paolo at 11:08 PM No comments:

Just a quick reminder that the Pasadena ARTWalk is coming up Saturday October 12 from 11am to 5pm in Pasadena (Between Colorado and Green on El Molino). I was assigned booth #4 so you'll find me there with the latest prints. 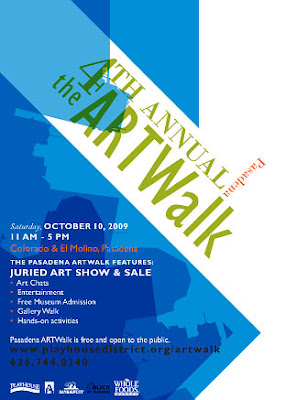 Beside the Batman pictures I'll show some prints of the cars I shot recently for the Strobist assignment and many more.

For more details about the event check their site here. You'll see my name among those of the many artists accepted for this year's edition. It's gonna be fun.

Looking forward to it and remember, every picture is for sale!

...or, how to spend an afternoon shooting two very cool cars and have some fun!
So, you already saw the results, the 4 pictures in the previous post. Let's go a little bit backstage and see how everything came to be the way it is. 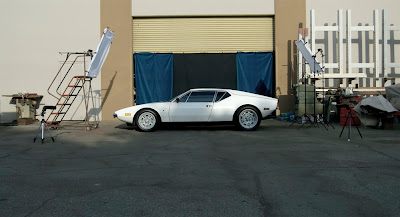 We started setting stuff up around 3pm. In the first picture you can see the place where the shoot took place. It's the front side of a building facing west, here in Pasadena. There is lots of space in front of it so it seemed like a good location. For the first shot of Sarkis's Pantera, the idea was to shoot it sideways so that you could see just the rim of the car. You can see the result here.

The main lights were two SB-800's at full power in manual mode shot through two home made silk panels about 4'x5' and held together by PVC pipes, the same stuff you use for your sprinklers, cheap, light, easy to find and assemble in any form or shape needed. A few A-clamps to keep the silk tight and you made a pretty basic soft box. It's not great but it's absolutely the cheapest thing you can do. And it works ok, I must say. Also, I put a flag under each SB-800 to limit to a minimum the spillover of the lights on the ground. I wanted to hit just the car if possible and both SB-800's where also zoomed to 105mm.

The left SB-800 is attached to what we called the "airplane ladder", I didn't have enough light stands for everything so...there you go, it worked great. This one was gelled red and the opposite one was gelled with a full CTB.

Then we have two more lights on small tripods, SB-600's this time, at 1/4 or 1/8 power in manual. They are snooted and aimed at each wheel. No gels here.

The two 800's were group A and the two 600's were group B. This way I could just use the on camera flash and trigger all of them. Unfortunately the D300 can only trigger 2 groups, unless you want to use one SB-800 as a commander. But since I could not adjust them separately, I had to move each one of them a little bit back and forth until I got pretty much the power I wanted.

Behind the car we put two curtains and a black bed sheet clamped to the building door to create some negative fill.

And then, there is the sun! So, to get rid of the sun we had two options: wait until dark, or be creative...so, this is what we called a flying fork-lift! 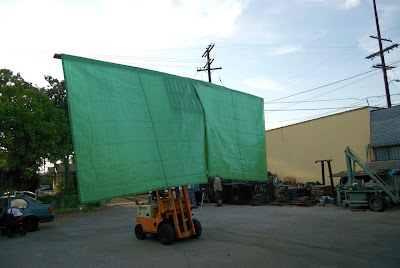 Luckily it wasn't too windy and we were fine. That big sail made of plastic tarps kept me and the cars in shade during the shoot, at least until the sun went down for good. 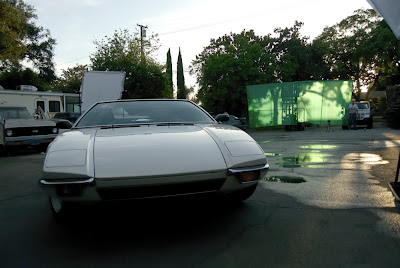 Here's a view from the Pantera during the second shot and here is yours truly at work with the protection of the big green sail! 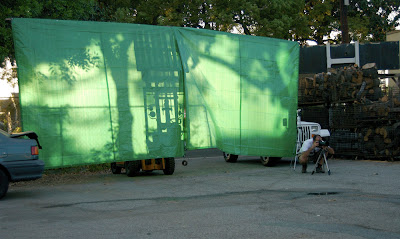 I was underexposing the ambient light by at least 3 stops so I wasn't afraid to pick that green up in the shots. 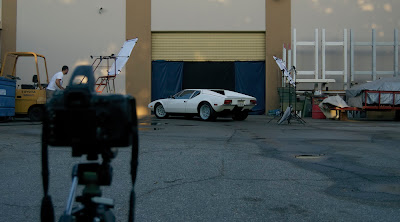 Here is our working area during the second Pantera shot from the camera position while I'm adjusting things around. As you can see the big sail was pretty effective even though we were still adjusting it.

Finally, there are two shots, one of each car, showing the lights at work. When we shot the Pantera it was about 6pm and the ambient light was still pretty strong even in the shade. When we shot the Cobra it was a little darker, but by 7pm we were done. 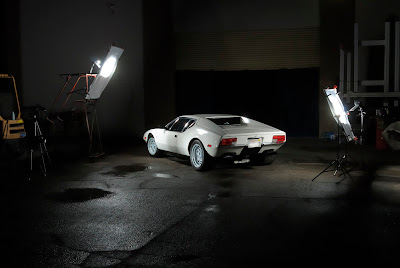 As you can see from these pictures the main lights are not illuminating the silk evenly, but we had to zoom them to the max not to spill out. We were also reflecting lots of light back but there was nothing we could do about that without real soft-boxes. 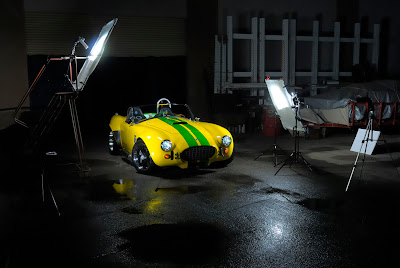 The last touch in each picture was the water on the ground, added to create some nice reflections. In the end I'm pretty happy with the results. We can do better, I'm sure, but as a first attempt I think it's a success. So, next time I have to light a car with small lights at least I know where to start from.
Thanks to Juanse, Sarkis and Brad for their help, support and extreme availability. without you guys I couldn't have made it.
And a special thanks to my wife Marta, and my 4 months old daughter Emma that came to see me at work. Emma fell asleep during the shoot and she didn't wake up not even when the guys fired up those amazing engines...now, that's sleeping hard!!
Thanks again

>> See full post and comments
Posted by Paolo at 10:26 PM No comments:

When I saw that the Strobist was calling for an assignment about transportation I said, why not! So I asked my friend Sarkis (that by the way is also my trustworthy mechanic) if he had a car worth the effort. It turns out that, not only he owns a wonderful 1972 Pantera de Tomaso, he also knows a friend, Brad, who has literally built a superb Cobra! As you say, two birds with a stone. 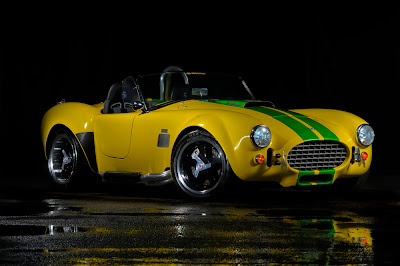 The shoot took place last Saturday in Pasadena, just in time to submit a photo for the Strobist assignment and it took a whole afternoon of preparation and set-up. My friend Juanse, also gave me a hand, one of those big hands that without you don't do much. Thanks Juanse! 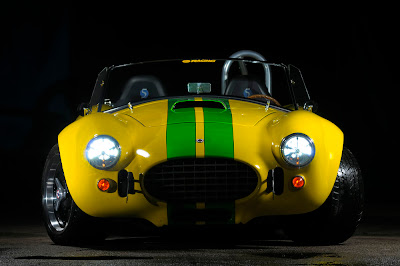 By the way, the preparation for the shoot is worth a post by itself so I'll leave it for next time when Juanse gives me the shots he took while we were setting everything up. 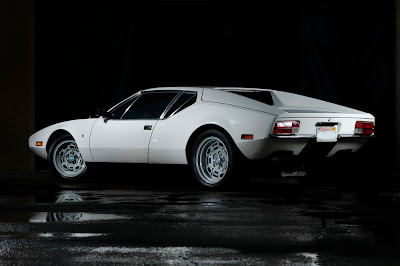 For now enjoy the pictures and let me know what you think. You can also see them here on Flickr where I put some more details about how I shot them. 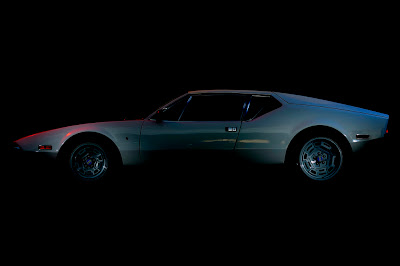 Thanks to Sarkis and Brad for letting me shoot their babies, I hope you like what came out of an afternoon of work.

Marta and I have been quite busy in the last four months, the little lady in the photo here is Emma, our superstar! So, not too much time for pictures actually, besides those of hers of course!

She is really a lot of fun and we've never been so happy. I have been photographing her in all sorts of set-ups, from natural light to multiple flashes, but the one I think came out nicer so far is this one. 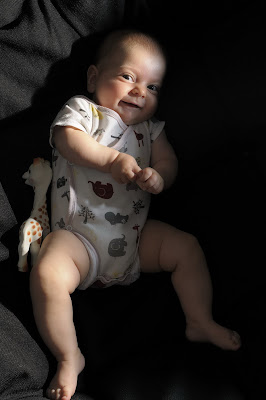 Just one light by the love chair, very low, actually sitting on a shelf by the chair. It seems like she's on a mattress or something like that but actually it's one of those Asian chairs shaped like a walnut shell. I just love the way she's looking at me...so proud of her!

With the arrival of Emma I also got to discover and experiment a new thing for me: film! To make my friend John Free happy ;-) I got an old Nikon F3 (like 25 years old) and then a much newer Nikon F100. I love both of them for different reasons and the results I got from film with the scanner that Scott was super kind to lend me are pretty good, I think. 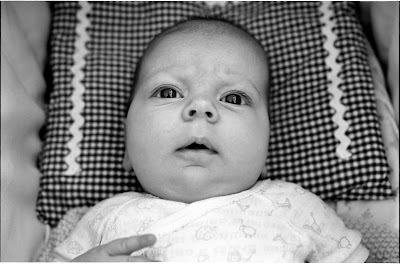 Just natural light here, but I love it.
We've been already camping with her in Yosemite (more about that later) and on the way back we stopped at June Lake and got this. 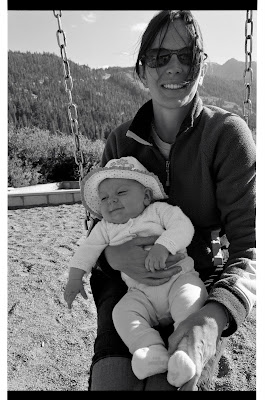 Same film, same camera, old stuff, old school, still pretty good! At last, we also stopped at the Ancient Bristlecone Pine Forest, amazing place, seriously, the oldest living being on Earth, how cool is that?! I mean, 4700 years old!!! Still standing, a little beaten up if you want, but hey, 4700 years old! 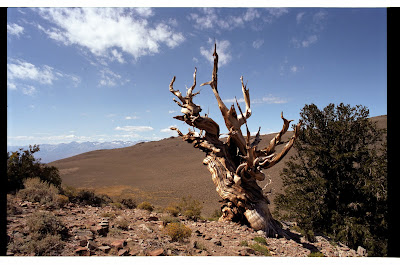 Here's one of them with the eastern Sierra in the back. Just beautiful! I shot this with the F100 and a Portra 160 NC film. I also tried some Velvia 50 slides but haven't got them back yet from the store.

By the way, they accepted my photos for the Pasadena ARTWalk again!! Put it down on your calendar, Saturday October 10, 2009, booth #4 at the corner between Colorado and El Molino in Pasadena! Come on over to see some prints and possibly, bring them home with you for a very reasonable price!

Finally, I'll be shooting some super cool cars next weekend and if what I have in mind works...well, it's gonna be really something!

>> See full post and comments
Posted by Paolo at 10:14 PM No comments:

Last weekend we shot some more Batman pictures. We went to the place where last year I shot Bradley and took some nice shots.
Actually I was a little disappointed with the outcome of the photoshoot but...such is life, you learn by your mistakes. 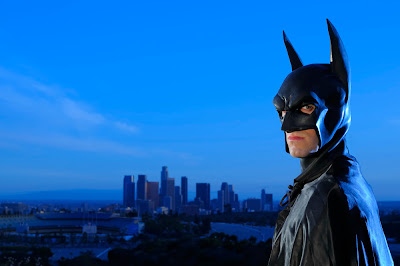 This time we changed theme and I used a regular CTO on tungsten WB as the baseline for the pictures. The lighting was real simple, a cold light, a warm one in cross lighting pattern and a fill almost on axis with the camera. 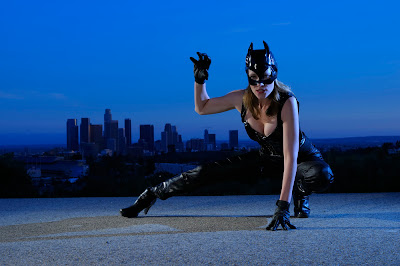 You can see some more photos from this shoot here as usual.

This week then I'm gonna submit some of these to the Pasadena ARTWalk to see if they accept me for this year too. Here are the photos I chose to submit to the ARTWalk committee. Then between now and October we'll see if I manage to make some other stuff... 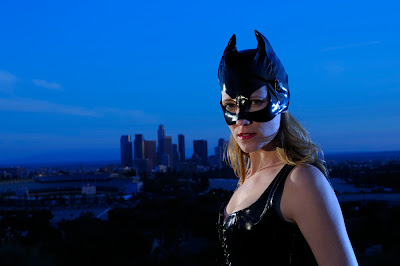 Thanks again to Jones and Erin for being such wonderful superheroes and to Juanse, Natalie and Javier for helping me out with the last shoot.